The 44th Annual Seashore Open House Tour hosted by the Long Beach Island Foundation of the Arts and Sciences (LBIF) is a self-guided exploration of seven houses on Long Beach Island's exclusive northern end in and around Harvey Cedars on August 8th.

The history of Harvey Cedars is similar to a lot of Jersey Shore Towns; farmers crossed Barnegat Bay from bustling Colonial communities to pasture their cattle and harvest the salt hay used for cattle feed and mulch as they were some of the first white visitors to what is now the south end of Harvey Cedars.

Whalers were the other group who used the outer beach here. As early as the mid-1600s men came north from Cape May and south from New England to pursue the abundant North Atlantic Greenland whale. They set up a lookout on the northern edge of Great Swamp, which extended from Surf City to the southern boundary of present-day Harvey Cedars. This industry died out in the 1830s when the species had been so over-hunted a profit could no longer be made.

A Long Beach Island summer tradition since 1967, the Seashore Open House Tour shares the otherwise unseen beauty of architecture, interior, and landscape design with the general public. Funds raised from this event supports the LBIF's adult and youth arts and sciences programs that it offers to entire community at affordable rates.

With the home pictured below, you'd sure to be on he short list to be on the tour next year.  This house, located near Harvey Cedars on Long Beach Blvd in Loveladies, is appropiately named "Windswept" and it has almost 3000 square feet of living space...none of it slanted....and it can be yours for approximately 2.2 million. 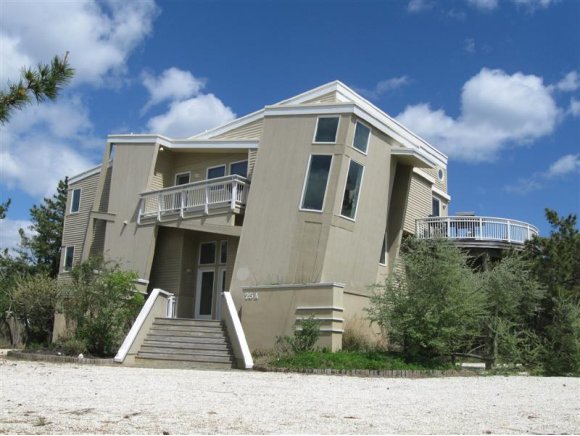 Karl Hess, Barnegat, Stafford and LBI
Your Agent on The Jersey Shore

Find Your Dream Home on The Jersey Shore in Ocean County!